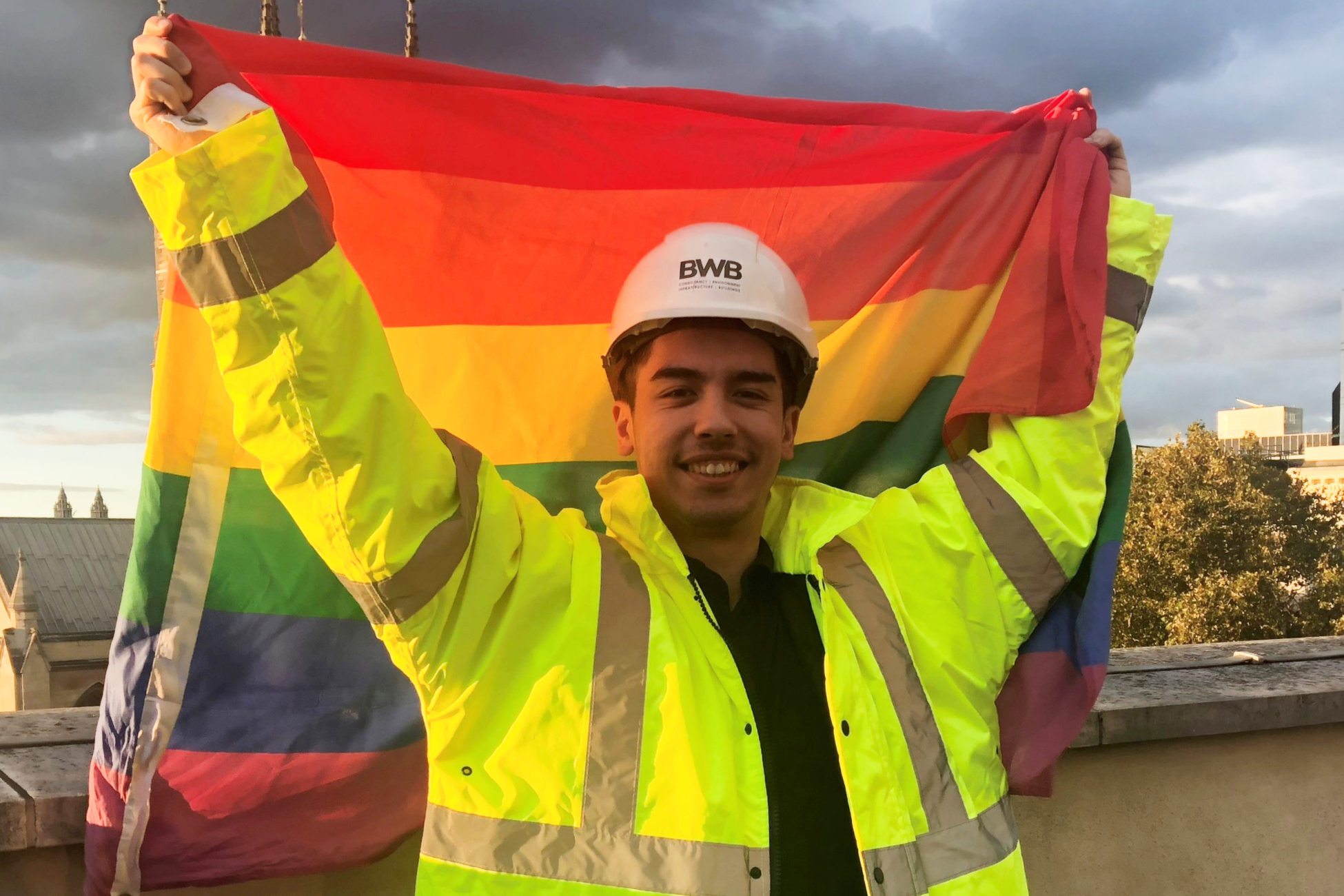 A BWB engineer is planning to show young people that civil engineering is a career choice for everyone after being selected as a diversity ambassador for the Institution of Civil Engineers.

Dominic Cronin, a graduate within BWB’s Transport and Infrastructure design team, has taken up the position on the institution’s London Graduates and Students Committee. His new role will involve organising events including Pride and Women in Engineering activities to help create a working environment in which everyone can show their potential without prejudice or discrimination.

Dominic joined BWB in August after graduating from the University of Brighton and it was his personal experience of being gay that led to him volunteering for the post. He said: “The role jumped out at me and I had to get it! The fear of discrimination is something that I’ve experienced whilst growing up. I have always had the fear of being an outcast, especially in the engineering workplace, due to my sexuality.

“BWB has been perfect in acknowledging my potential without putting my sexuality into question. Everybody I have come across has been welcoming and treated me as an equal co-worker but not everyone has that experience”

Dominic explained that embracing diversity is important to the industry if it is to attract enough high calibre engineers and not exclude potential candidates.

“A recent survey showed engineering and construction is the third highest sector in which LGBT+ people do not wish to work solely due to discrimination and prejudice,” he said.  “Therefore, there is need a huge need for representation of LGBT+ civil engineers. As a diversity ambassador, I am in a position that will hopefully influence the younger generation that the civil engineering workplace is attainable for them and it’s an environment of which they can show their potential. If one LGBT+ male or female engineer feels more comfortable in their workplace, closeted or open, then I will feel like I’ve done my job.”

While LGBT+ issues are close to Dominic’s heart, he will also be looking at promoting wider diversity issues including race and gender with the help of a second ambassador.

He said: “I will be working alongside Elena Bonezzi from engineers Whitby Wood - there are two of us as diversity is such a wide topic. Elena and I will do our upmost best to help the civil engineering industry become more diverse. If anybody feels like they would like to get involved then please they are welcome to get in touch.”