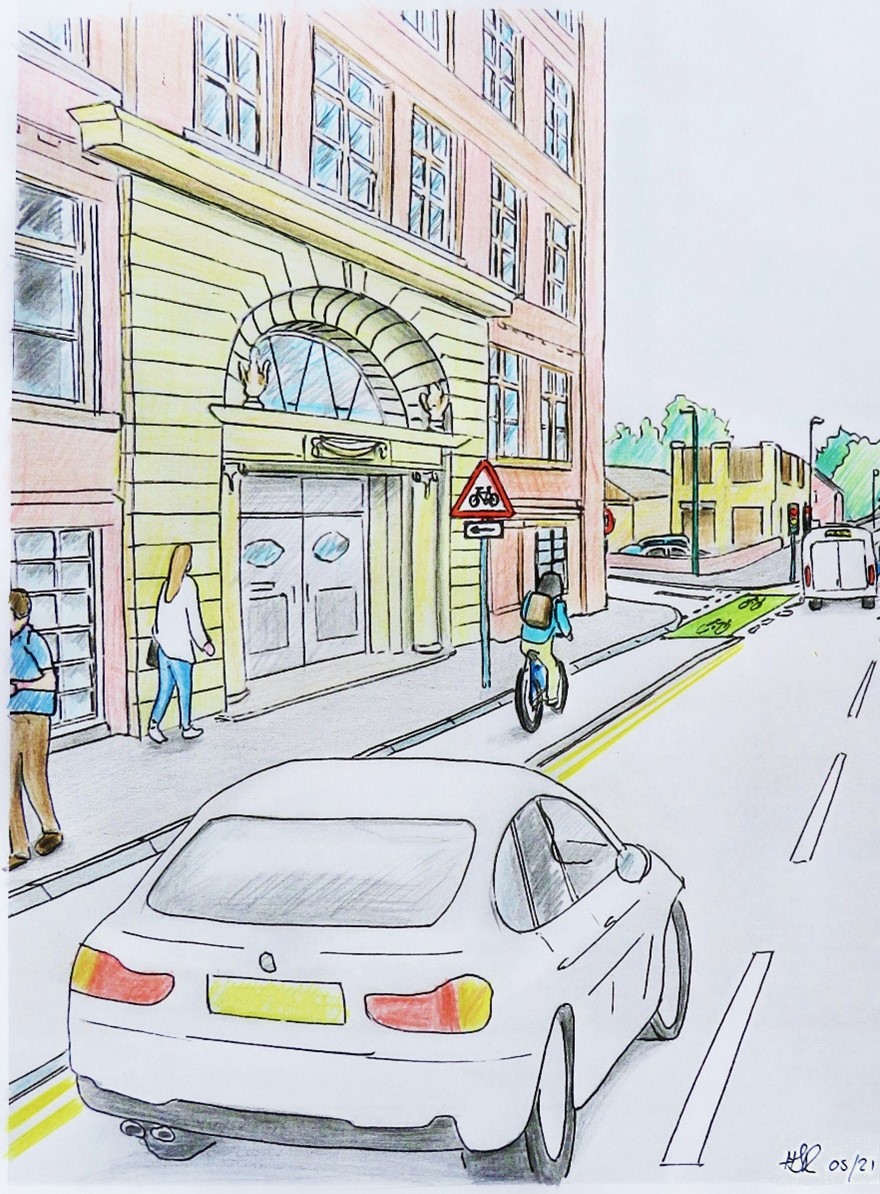 In line with Nottingham City Councils (NCC) continued efforts to encourage cycling in the city, BWB have been appointed to the Nottingham Cycle Corridor project.

To aid with the upgrading of existing roads within Nottingham to include cycle paths, BWB topographically surveyed the surrounding roads and footpaths, including all existing street furniture and road markings. This surveying work undertaken by the BWB team on the preparation of their Framework for Higher Design, received glowing feedback resulting in being appointed on the project.

NCC are one of the leading Authorities in the field of transport policy and have an ambitious cycle programme that this project forms a part of. This project will result in 8-9km of new cycleways in and around the Carlton Road and St Ann's area of Nottingham, with the hope it will encourage more cycling in the area, a core component of the NCC transport policy.

These improvements will help in promoting the many health benefits associated with cycling, as well as work towards reducing carbon emissions in the surrounding areas.

As NCC highlight: "Encouraging cycling is at the core of Nottingham City's transport policy and we are proud to be one of the leading Authorities in the field. We have a very ambitious cycle programme, being delivered under the Transforming Cities Fund. We looked to BWB not just to augment our delivery status, but also assist in the design delivery, specifically on the N2 Cycle Corridor where it traverses the Trunk Road network.

"BWB's experience in dealing with Highways England, and up to date knowledge of DfT design standards has proved invaluable on this project."

We look forward to being part of this project alongside NCC, particularly with its focus on sustainability and the reduction of carbon emissions.