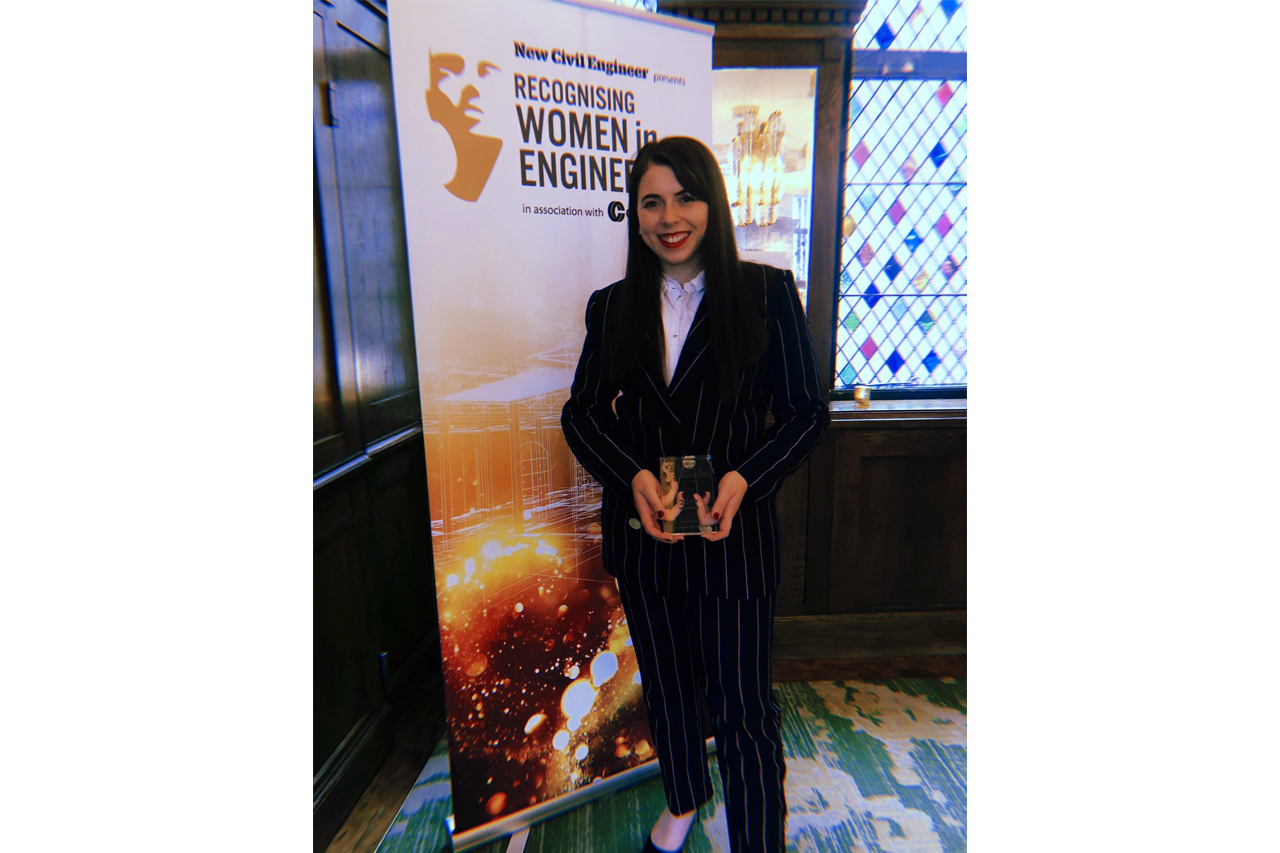 We’re over the moon to announce that Leah Hidden, our London Regional Coordinator, has won the ‘Business Culture’ award in New Civil Engineer’s Recognising Women in Engineering. The awards are only in its second year and were put in place to recognise women at all levels and areas of the industry. Those who have made remarkable achievements within the realm of civil engineering are recognised in 7 categories, which received over 100 entries this year.

Leah has won the ‘Business Culture’ award thanks to her efforts in the London office. Her submission focused on 4 key areas she has worked on improving over the last year: business development, mental health awareness, charity work and office morale. To achieve these improvements she has worked tirelessly, which has resulted in creating a healthy, welcoming and now, award winning culture. We spoke to Leah this morning who added:

‘To receive recognition on this level within the Engineering Industry is as much a reflection of the level of talent, potential and openness to change in the office, as a reflection on my efforts over the last year.

At the core of vibrant Business Culture is the ability for the team to elevate and encourage each other’s talents and differences. Where there is support, there is growth’.

We recognise this as a particularly special award, as it not only demonstrates the importance of our non-technical staff, but also proves you don’t have to be an engineer to achieve excellence in the industry.

Leah is greatly appreciated in our London office by all and we don’t think there could have been a worthier winner. We look forward to seeing Leah’s continued growth within the business!