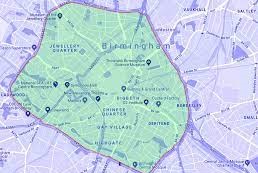 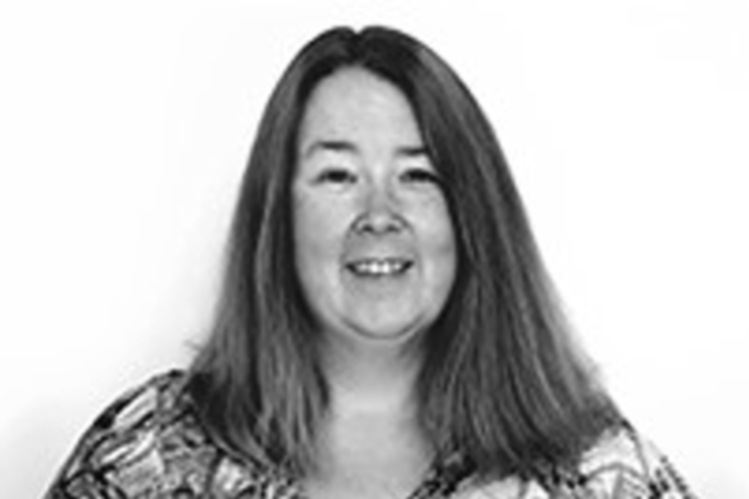 Birmingham its time to Breathe

In 2017, the UK Government mandated Clean Air Zones to be declared by a number of local authorities where air pollution was identified to be a significant public health concern.  In Birmingham alone, air pollution contributes to the premature deaths of up to 1,000 people each year through conditions such as cancer, heart disease, asthma and strokes.  Exposure to air pollution in children has also been linked to reduced cognitive ability and reduced life expectancy.

Road traffic emissions are one of the biggest sources of air pollution in Birmingham and the UK. Birmingham’s Clean Air Zone aims to reduce air pollution in Birmingham city centre by discouraging people to travel into and through the city centre in the most polluting vehicles. A charging scheme will be introduced which will apply only to the most-polluting vehicles which enter the area within the A4540 Middleway Ring Road.  The image below details the area covered by the Clean Air Zone, where charges will apply to non-compliant vehicles.

The Birmingham Clean Air Zone will only charge older vehicles that typically emit more pollution than newer, cleaner vehicles.   Vehicles with “Euro VI” engines are compliant and will not be subject to any charge.  The non-compliant vehicles are generally vehicles with a petrol engine registered before the end of 2006 (56 plate or earlier) or vehicles with a diesel engine registered in or before 2016 (16 plate or older). There are exceptions and you can check if your vehicle will be charged by using the quick tool on the UK Government website

The Clean Air Zone aims to bring about improvements in air quality by reducing the amount of road traffic-based pollution in the Zone and encouraging travel into and around the Zone via public transport, bike and on foot.

As part of its preparations for the launch of the Clean Air Zone on 1 June 2021 Birmingham City Council has issued Clean Air Zone grants to Birmingham-licensed hackney carriage and private hire drivers.

In addition to the assistance being provided to taxi drivers, exemption permits for up to one year from the launch in June for one vehicle to anyone working in the CAZ and earns less than £30,000 per year. Furthermore, if the exemption criteria is met and you owned the vehicle before Sept 2018, then you may also be eligible for a scrappage incentive of £2000 should your vehicle not meet the emission standards of the Clean Air Zone. The £2,000 will be given in the form of credits, either Travel Credits or scrappage credit at Motorpoint to purchase a compliant vehicle.

The Travel Credits will allow you to claim the equivalent of three years of free travel when you add your travel product onto a Swift card. A Swift card is an easy and flexible way to travel around the West Midlands using public transport. With a choice of tickets for bus, train or tram you can pay using the Travel Credits by loading your chosen tickets onto the Swift card and then use it like a contactless card when on board. You can buy Swift products for yourself, child season tickets or pay-as-you-go cards for your household to travel within the West Midlands area.

Find out about the grants, exemptions, and incentives on the  Brum Breathes website.

The Electric Vehicle Charging network within the City Ring Road (CAZ) includes a  few devices on street, in car parks, at businesses and a Rapid Charger at the Shell petrol station on Bath Row. Charging types and locations can be found on  zap map .

As part of its commitment to cut carbon emissions, Birmingham City Council has committed to the roll-out of 100% renewable energy electric vehicle charge points across the city from Autumn 2020.

Major investment has been secured by the council to support electric vehicles in the city, including £2.92 million from the Office of Low Emission Vehicles (OLEV) and through its newly-procured Electric Vehicle (EV) Network Development Partner, ESB EV Solutions.  The Funding awarded to Birmingham allows the City to commit to providing 100 rapid and 97 fast devices low emission taxis charge points.

Over the next two years, an initial network of 394 ‘fast and rapid’ charge points will be installed across Birmingham, focusing on the city centre to support the electrification of Birmingham’s taxi fleet – but also accessible to the general public and local businesses. This will also include upgrade of many of the existing EV charge points across Birmingham.

This initial network development will allow electric taxis, cars and vans to get moving quickly, picking up a significant charge in less than 30 minutes (depending on vehicle type). This will enable the expansion of the current charge point network and allow for further investment, where a pay-for-use model will be introduced across the network in the coming months following deployment of the first chargers.

Birmingham City Council will work with ESB EV Solutions to develop and deliver a complete charging strategy for the next 12 years.  This will set-out plans for a truly city-wide EV charging system, focused on meeting the specific needs of all communities throughout Birmingham. Charge points will be deployed at key locations designed to provide Birmingham’s businesses and residents with a world-class EV charging experience.

It’s not always easy to navigate your way through and find the information you require if you wanted to walk, cycle or travel by public transport around the City for work or pleasure, so we have included a few links with information below.  West Midlands Network webpage has been updated and includes links to a number of initiatives, consultation plans, routes and tips to get you going.

he Emergency Transport Plan was published in May 2020 setting out the Councils intent to support a Clean Air, low carbon recovery from Covid 19, whereby taking action to make walking and cycling safer and easier. Several schemes were delivered through the Emergency Active Travel Fund , including pop-up cycle lanes and pavement widening in local centres.

A full review of the Emergency Plan was launched in November 2020, to assess the impact of effectiveness of the emergency measures introduced and whilst most schemes provided a positive response and delivered the first steps of the draft Birmingham Transport Plan, elements of one scheme on the A38 south will be removed.

Transport for West Midlands have set out their commitments and delivery plans for the region to improve over 193km of cycling and walking network. which will be known as the Starley Network in honour of Coventry based Starley family, innovators of the modern cycle.

Alongside a number of other Cities in the country, Coventry and Birmingham are currently trialling e-scooter hire with operator Voi. To hire a scooter, you download the Voi app, find an available scooter and unlock it with the app. Costs are £1 to unlock, then 20p a minute, or you can have unlimited rides for £40 a month. Reduced rates are available for NHS workers, students and people on low income.

More information can be found on the West West Midlands Network webpage.

You just need to download the Beryl cycle hire app, find a bike station (Dock) to unlock a bike, start riding then return to a station and lock at the end of the ride. Costs are £1 to unlock and then 5p per minute. The hire scheme  will be linked to Swift later in the year.

Other helpful Organisations exist such as #EBikeBrum which was set up by Chris Coyle Bicycle Mayor for Birmingham to help change our mobility habits and support people getting onto bikes; British cycling Let’s Ride  and of course Sustrans a national charity whose aim is to make it easier for people to walk and cycle.

Other things to keep a look out for that are coming in the next year are the opening of the Midlands Metro westside extension, the Sprint Bus Rapid Transit schemes on the A34 and A45, Introduction of cross city bus services, rolling out Swift Go fare capping and Swift ticketing and a comprehensive app with all the travel options.