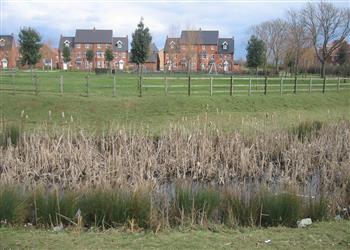 SUDS ADOPTION FACES ANOTHER SET BACK

There is more uncertainty in the air as Defra announce there will be no implementation of Schedule 3 in October 2014 as previously promised.

The unfortunate announcement means the drainage of new development will continue to be a regional lottery with some areas adopting SuDS and some refusing to even consider adoption. Couple this with planning policy which demands SuDS are included and we are left with developments that will have drainage infrastructure with no long term management.

Given the continued delay, is it time to question if Defra are truly committed to the implementation of Schedule 3?

“The Government remains committed to implementing SuDS at the earliest available opportunity, but not in a way that affects development. While several departments are working hard on this, it has become clear that we will not be in a position to implement Schedule 3 from October 2014, as we had hoped.

A statement will be made in the summer which will set out in greater detail our plans for implementation. However we would still expect that the secondary legislation setting out the implementation date would be laid in Parliament approximately six months before that date.”

BWB Consulting will keep you updated as and when we hear anything else.