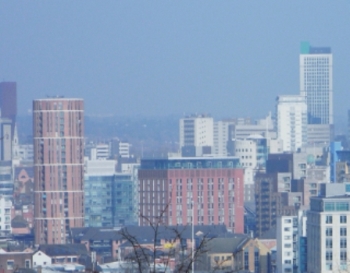 BWBLOG: GARETH SHEPHERD: Is the only way up for Leeds?

With strong signs the recession is - whisper it- behind us, and growing sector activity in education, industrial and traditional house-building, focus is beginning to shift back to another sector which featured strongly in last the property boom; City Centre Residential Development, and particularly in Leeds and other Northern cities.

Recent articles in the Yorkshire Post and by Morgans Estate Agents have highlighted high demand for City Centre property in Leeds. Today there are approximately 11,000 apartments in Leeds city centre which are home to around 14,000 residents and estimates suggest that only about 100 of these homes are currently sitting empty.

Leeds developed a slightly harsh reputation as the ‘empty flats capital’ of the North in 2008.  But as supply dried up and demand has continued to grow, so too has the clamor for the next generation of good quality new schemes.

But what will these schemes look like, where will they be built and what is driving the demand for living space in the City?

Last year saw the opening of Trinity Leeds and the First Direct Arena. Hammerson’s Victoria Gate is next.  Work is underway on Leeds’ first five star hotel and a number of high profile new office buildings have recently received planning consent including the ambitious Central Square development to continue the momentum developed by MEPC’s Wellington Place which is almost complete.

All this fresh development is rapidly making Leeds City centre a leisure destination as well as the place to work, and today’s young professionals and first time buyers are keen to be close to the buzz and activity that this has generated. As such they want to be close to their work place and close to the new amenities that are there to be enjoyed.

Much of the core of the City is fully built out, yet pockets are present on confined sites. To the south of the River Aire larger spaces are available around the Holbeck Urban Village including the long mooted Green Bank development by Taylor Wimpey through to the proposed site of the Leeds HS2 station. With the latter being a stone’s throw away from the heart of the City, it is clear to see why these sites are of high interest.

In a return to the days of the last property boom, these sites will lend themselves to multi-storey construction given their confined nature and surrounding massing; not to the extent of Bridgewater Place, but eight to twelve, even twenty storeys would not be unexpected.

As Engineers, we thrive on the demands posed by these developments; the structures required to ensure they stand up and overcoming the ground conditions and infrastructure challenges that City Centre brownfield sites can present.  At BWB Consulting we look forward to being involved in some capacity making our local Skyline climb upwards. To find out more about our expertise in this area, just drop me a line!