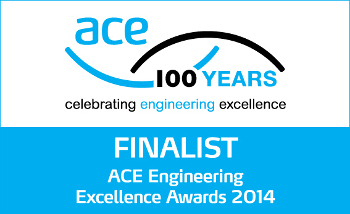 When it comes to Awards, BWB is clearly on a roll !

Following our success in being short-listed for this year's ACE/NCE Consultant of The Year, our submission of Manchester City FC's Academy Enabling Works has been short-listed for the Constructing Excellence (North-West Region) Project of the Year. The winning entry will be announced at an Awards Dinner in Manchester on 22nd May

We also used that high-profile project, together with Resorts World at NEC, to enter the Project Design Award (for SME sized businesses) in this year's national ACE Engineering Excellence Awards. In addition, we submitted our planning support work on the East Midlands Gateway scheme for the Research, Studies and Consulting Advisory Award.

I was notified today that we have been short-listed in both categories, which is a fantastic achievement that both recognises and acknowledges the breadth, quality, value and impact of BWB's multi-disciplinary consultancy work across multiple sectors. The Awards Ceremony will be held in London on 21st May and it will be fantastic to see our work show-cased for the second year running in front of numerous fellow professionals and Clients. Having won last year's Award for Building Structures for our work on Eon's Regional HQ in Nottingham our growing presence and profile will be boosted by yet more exposure on a national stage.

Being short-listed for, and hopefully winning, such prestigious Awards is a tremendous achievement that we can all be justifiably proud of, particularly those whose talent, hard work and dedication has under-pinned the success of the short-listed projects. A sincere 'thank you' and  a big 'well done' to all involved - you know who you are !