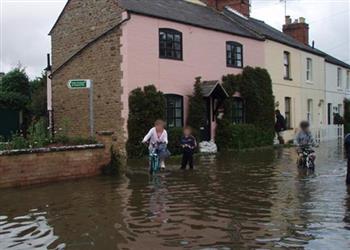 At a recent PM questions the Prime Minister vowed an extra £100m of funds, available over the next year, with around £75m to be spent on repairs, £15m on maintenance and £10m on specific flood measures for the Somerset Levels.

Then on Thursday 6th March Bridgwater and West Somerset MP Ian Liddell-Grainger said this was “A new beginning for the Somerset Levels", minutes after personally handing in the new Somerset Levels and Moors Flood Action Plan to Number 10.

The Government has so far put £20.5 million in place, including £10 million announced on Thursday by the Department for Transport, and £500,000 from the Department for Communities and Local Government.  No doubt the Environment Agency Regional Flood and Coastal Committees will also be able to allocate more money from their Local Levy funds to help.

In those Local Authority areas where flooding is such a high priority the contributions made by developers could be used for flood management measures rather the more traditional school and highway improvements.  To get the quickest wins and most successful outcomes, are these extra funds then better used for smaller, sustainable local projects rather than large improvement schemes taking a long time to procure and requiring on-going expensive, unsustainable maintenance?

Local projects could include:

BWB have the expertise to work in partnership with the Environment Agency, Local Authorities, Developers, Community Groups and individuals to find the best sustainable and affordable solution to the management of flood risk.