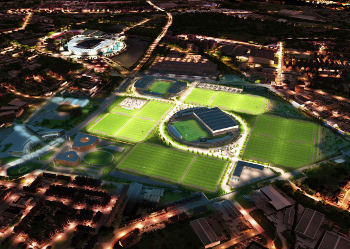 We are hoping that it will be third time lucky, having been shortlisted on 2 previous occasions and have put forward our involvement in the following 3 impressive projects to catch the eye of the judges:

This £250m redevelopment of a compact brown-field site close to Canary Wharf comprises circa 1000 apartments, within 5 blocks ranging in height from 9 to 50 storeys.

BWB were involved from commencement of the Constraints Removal contract for this £100m+ project, through to handover of enabling works in Spring 2013. The project is recognised as an exemplar of environmentally sustainable and cost-effective remediation.

The major scheme suffered a potentially fatal setback in January 2013 when HS2’s route publication blighted the development. BWB quickly developed an alternative vertical alignment for the tunnelled section of HS2 beneath EM Airport that enables the SRFI to be implemented and which has been formally approved by HS2’s Promoter.

The awards presentation will take place at Claridges Hotel in London on Friday, 21st March 2014.