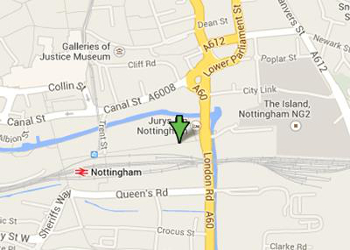 BWB on the move!

Leading engineering and environment consultancy BWB has relocated their Nottingham office after more than 21 years in residence in Nottingham’s Lace Market.

The new premises on the fifth floor of Waterfront House, Station Street, comprise circa 10,000 sq ft of newly refurbished office space and will provide a modern, efficient and attractive workplace for the 90+ workforce in an ideal location close to the new Nottingham Tram Station.

"The move represents an exciting new chapter for BWB," stated Managing Director, Steve Wooler. He added "The timing of this move is perfect for BWB. The past 3 or so years have been very difficult, to say the least, but like all other successful businesses that endure and survive harsh recession we’ve had to re-invent and refocus ourselves. We are now, once again, firmly in growth mode with a clear vision of where we’re going, and why, underpinned by an ambitious 5 year business plan.

As a company with its roots and its main office and headquarters in Nottingham we are also now firmly established in London and 3 other core cities – Birmingham, Leeds and Manchester. We’ve even recently “dipped our toe” in the international market, working on significant projects in Africa and Australia, and we are actively looking at opening our first overseas office in Sydney in the near future.

Against that exciting backdrop it’s now time after 21 years to leave BWB’s traditional home in The Lace Market, and a building that’s no longer suitable for our growing business, and move to this fantastic modern office in Nottingham’s up and coming business district. There are almost 100 of us based in Nottingham - and our first class people deserve the first class working environment that Waterfront Plaza provides. This is a really exciting time for BWB and investing in such a major office relocation sends a clear and loud message that we’re not just open for business, we’re also now well and truly back in business!”